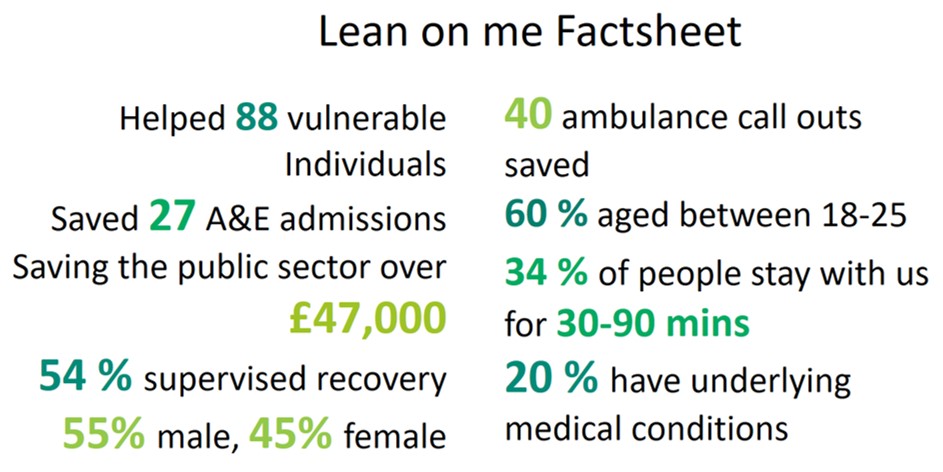 A TEAM of young volunteers who are helping the NHS save thousands of pounds while keeping Hereford’s night-time economy safe have won a national award.

Seven young volunteers from Vennture’s Lean on Me team, who are also students at Hereford Sixth Form College, attended a ceremony in London to receive the National Crimebeat Award.

High Sheriff, Bill Jackson, who submitted the application, said: “To come top out of the 23 initiatives nominated from all over England and Wales is a fantastic achievement. It reflects the great things our young people are doing and the impact of Lean on Me.”

The National Crimebeat Award is for young people playing a significant role in crime reduction or prevention.

Lean on Me is reducing demands on local blue light services so they are available to help people who really need them. Door staff and Street Pastors refer people to the innovative volunteer-run pathway.

Volunteers undergo rigorous medical training so they can assess the people referred to them to make sure they are safe to stay with them, they then supervise their recovery while getting friends or family to get them home safely.

Mayor of Hereford, Cllr Jim Kenyon, said: “It’s amazing how these young people are helping make Hereford one of the safest places in the country to have a night out. This is Hereford at its best. “Everybody looking out for each other and achieving something truly exceptional.”

After collecting their award, the sixth formers were treated to an open top bus tour of the capital and a trip on The London Eye.

Robert Thomas, Vennture’s Lead Executive, said: “Most of our young volunteers want careers in medicine. The Lean on Me experience helps them apply to courses demanding frontline experience. They train very hard and learn to stay awake helping others recover safely into the early hours. This recognition of their work was unexpected, well-deserved and greatly appreciated.” 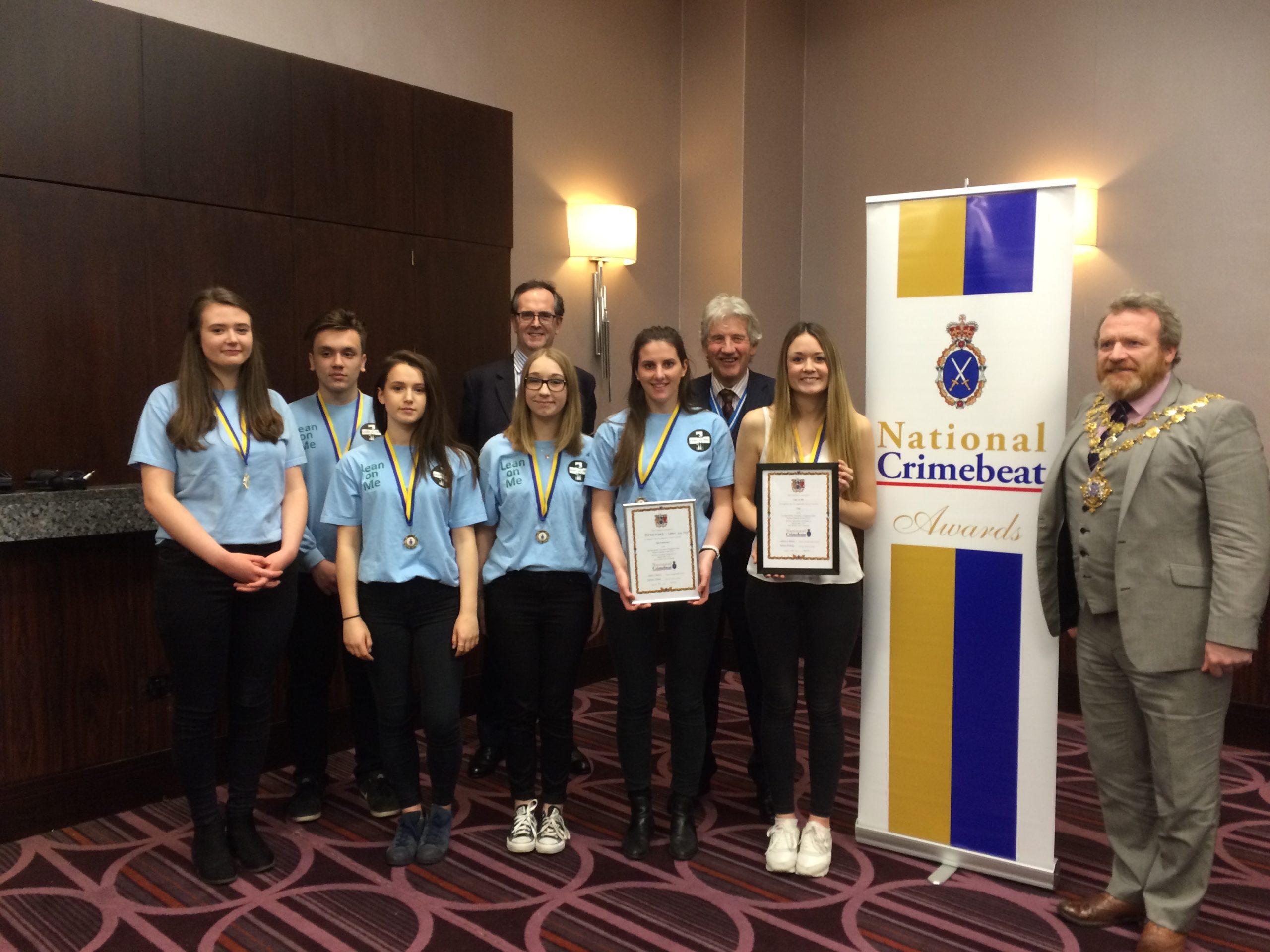 We are keen to recruit considerate, caring, trustworthy volunteers who can stay calm under pressure and work well in a team. You will only need to volunteer for one night a month. If you are aged over 20 we would love to hear from you.

Along with our adult volunteers we have a student work experience programme that provides students over the age of 16 invaluable work experience. Many of our students are keen to go into medical or healthcare professions and Lean on Me provides them with eye opening experience’s to talk about at interviews. If you are hardworking, caring and trustworthy please apply today.

All volunteers will undergo an initial induction in order to prepare them for their role. Medical assessors will gain 6 days’ accredited specialist first aid training. You will receive accreditations in Emergency First Aid at Work, CPR, & AED, Manual Handling and PMESHED. There is also a rigorous safeguarding training session.

Students and adults during Lean-on-Me Training

“Thank you for looking after my son. I'd no idea what wonderful, kind, selfless support was there.
He's thankfully ok but if it wasn't for your care, imagination runs wild."

"Why are you being so kind to me? Nobody else is."

"Thank you so much. I had no idea people were out there looking out for my step daughter."

"I don't know how I got like this, it's unlike me. I can't thank you enough."

"All the training and shifts I have done at Lean-on-Me have taught me so much."

“It’s really stretched me but it’s so rewarding helping someone to a safe place
& freeing up an ambulance for a genuine 999 call.”

Scott, Adult Lean on Me volunteer

"At my medicine interview I had so much to talk about because of Lean on Me.
I’m sure that’s the reason I got a place!"

© 2020 Vennture. All rights reserved. No element of the website as a whole or in part may be reproduced electronically or mechanically or stored in a retrieval system, or transmitted, or photocopied by any means known, or as yet invented, without the written prior permission of Vennture. Developed by Yosum in conjuction with Klieknet Web Development, Solutions and Design